As they are prone to do, the private media have invented a new thing. In both English and Spanish, they are calling it the colectivos.

They are meant to be irrational, cruel, grotesque armed motorbike riders who “enforce” the revolution in Venezuela and are responsible for most of the violence afflicting the South American nation, which has left more than 30 people dead since February.

The opposition barricaders are presented as the innocent victims of these collectivos, who apparently work with the National Guard and have the support of President Nicolas Maduro’s government.

The private media use the concept to demonise the real collectives in Venezuela ― feminist collectives, community groups, environment and education collectives, cultural groups, mural painters and so on. With the government of Hugo Chavez and now Maduro, these have grown, multiplied, and united around general support for the Bolivarian revolution.

USA Today: “Aveledo said the government must rein in its armed paramilitaries, or colectivos, and end violence against protestors.”

Latin Post: “Venezuelan ‘colectivos’ continue violent riot across the nation… In the past the colectivos were responsible for organizing community and cultural events in the poorer neighborhoods of Venezuela during the late President Hugo Chávez’s 14-year reign. Despite their acts of service to the community, they rode motorcycles while armed with guns and threatened peaceful protestors who opposed the government.”

Reuters: “[M]ilitant grassroots groups called «colectivos» which view themselves as the defenders of revolutionary socialism but are denounced by opponents as thugs”.

The Guardian: The “pro-government Chavista militias known as colectivos… the colectivos …enforce the lefist ruler’s [Chavez’s] government programs”. The article then quotes coup participator Leopoldo Lopez as an authority, «Maduro, you are well aware that what happened today was part of your plan. The wounded and the dead are your responsibility,» López tweeted. «The truth is in photos and videos that people took. The colectivos and the police were the ones who shot.»

El Nacional: “50 vehicles destroyed by …collectives” and “Collectives could be involved in 12 homicides”

Venezuela Al Dia: “Collectives in Palaima use women as shields in order to escape”

La Verdad: “Collectives beat up father and son and later hand them over to the GNB”

Leopoldo Lopez: “How to have dialogue if the collectives and some soldiers… attack housing with elderly women and children [inside]”

There’s even a new entry on Wikipedia about them, which defines them as “militant groups” that support the government and the revolution, and attack the Venezuelan opposition.

All of the articles cited in the piece come from this year, yet its writers claim the term has been used since the 1960s.

The aim behind inventing this concept and demonising Venezuela’s social groups is to dehumanise activists, delegitimise the revolution, and justify violence or repression towards its supporters.

Further, demonising the victims humanises or legitimises the aggressors: the far right, violent sectors of the opposition. Demonising creates an enemy, simplifies it and eliminates any need for complexity, context, analysis or comprehension.
The term has infiltrated opposition discourse to the point where its supporters blame anything bad or violent on “the collectives”, even using “the collectives” to justify the violence perpetrated from the opposition barricades as “self defence”.

Where previously everything, even a drought or the actions of big business, was Chavez’s fault, now it is blamed on “the collectives”. Now that Chavez is gone and the opposition still has won an electoral victory, they have realised it’s not enough to just call Maduro a “dictator” and belittle him because of his lack of formal university education.

They need to demonise the active, organised people too ― because they are not going away.

The demonisation of Cuba ― which the Maduro government is accused of serving ― and the racism directed at Cubans by opposition leaders and supporters, is part of this. However, this dates back further than the past two months of violent opposition aggressions. (The opposition has long attacked the Cuban doctors who volunteer providing free health care in poor communities.)

Their aim is not just to intimidate, but to stop government institutions and social groups on a practical level from getting on with things. The violent opposition sectors are not farmers, bus drivers, teachers, builders or producers of anything ― so they cannot strike to bring things to a halt. They can only use violent barricades to stop others from working.

I spoke with Fabricio Martorelli from the Tatuy TV collective, which runs a community TV station in Merida, about the situation, and the demonisation of the organisations of the poor.

What does colectivos actually mean in Venezuela, and how have collectives evolved over the last decade?

The phrase “collective” has different uses, but basically it’s any gathering of people who want to resolve certain conditions they have in common. There are big and small collectives, there are left-wing ones and right-wing ones.

They can fight for a single issue or for a political project, and there are now many that aim to challenge the capitalist model. A colectivo is also a bus ― a collective form of public transport.

While collectives have always existed ― here and in other countries ― ever since people started to meet to struggle together, they have often been invisible and their proposals ignored. Over the past 14 years in Venezuela [since Chavez was first elected in 1999], social organisations have been recognised. Their power to solve things in a collective rather than individual way has taken off.

The historical enemy has realised that beyond the government and the United Socialist Party of Venezuela and the public institutions, the legacy of Chavez is active struggle and the logic of popular organisation.

With Chavez, social collectives started to have a common identity, to form links with each other, and their struggles ― for the rights of indigenous peoples, of communities ― became more visible. Once they achieved some demands, they would go on to fight for other aims.

They have become stronger, and that’s why the right wants to criminalise them. The violent groups have a message of hate, terror, fear. They are violent against anyone who threatens their dreams of a comfortable life.

What does your collective do, and what has been the impact of the current situation on its work and organising?

Tatuy is a community television station in Merida. It is a collective of companeros who have chosen the media war as their area. The private media have made us stupid, dominated us, and we think that through communication we can educate and free ourselves.

Tatuy contributes to this together with other collectives, and we are linked to many of those through ALBA TV, a network of community and alternative media. We show what the private media won’t, what CNN doesn’t.

For years, our work has been devalued, even by the public or official media. But in the current situation, we have managed to inform the country, and even the world, about what is happening in Merida.

We’ve received a lot of support. We’ve been called by a radio station in Mexico, movements in Uruguay, and there’s been recognition of our work. But even if in the future, the current situation goes away, we still want to be taken into account, taken as seriously as we are now.

One companera of ours still can’t get here [to the Tatuy offices] because of the barricades. She’s been threatened and her violent neighbours know who she is, so she is working at home and is under a lot of stress. Another time, one of our camera people was attacked by opposition protesters while filming.

However, we can’t stop working, our responsibility to society is to communicate what is happening.

At the start of this year, we thought it would be an important year because without any upcoming elections, we would be able to have an internal struggle against the reformist tendencies and deepen many of the revolution’s achievements. But the reality has changed. We’ve united to reject fascism, and it’s become a year of struggling against fascism.

If the fascists were in power, we wouldn’t be talking about the dozens of deaths we’ve had so far, we’d be talking thousands. And that’s not paranoia, that’s a historic reality ― we’ve seen examples in Chile, in Argentina under that dictatorship.

The aim then, of this demonisation is to justify our elimination if these violent groups came to power.

Nevertheless, some armed groups who claim to support Chavismo do exist; who are they, what do they do, and how big are they?

There are a very small number of people organised into collectives who are trying to confront this situation [of barricades, violence, destruction etc], sometimes using force. People are tired of having road blocks. Right here in this building there are primary school classes because the children can’t get to their school.

But the force used by this small number of people, the actions they take to remove barricades, could never be compared to the violation of human rights committed by the violent opposition groups. Those groups have taken a few photos of [the force used against the barricades] and they publish those photos and try to create the impression that all collectives who support Chavismo are violent. But in reality, our ideas and our organisation are our weapons.

There has been an open debate and a historical debate among the left here, and sometimes there’s been a fetishising of armed struggle. There have been many experiences, many legitimate struggles against dictatorships in Latin America, at times when social struggle wasn’t allowed [making armed struggle necessary].

But there are a few people here who don’t represent the workers, farmers, more the “lumpen” sectors, as Marx would say, who try to take justice into their own hands, on their own. These people are isolated, and we reject such behaviour, in our context where the state isn’t repressive. But the media tries to make out that we are all like them. 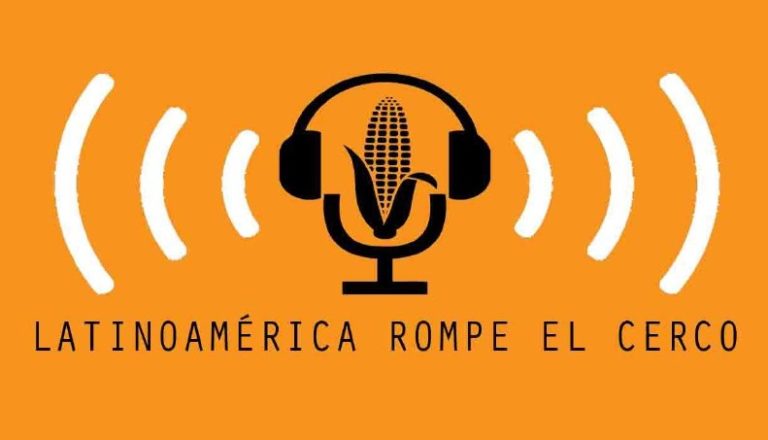 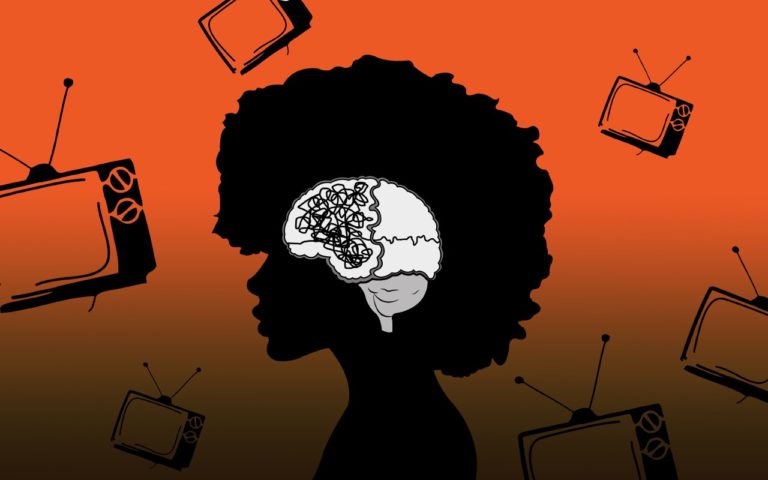 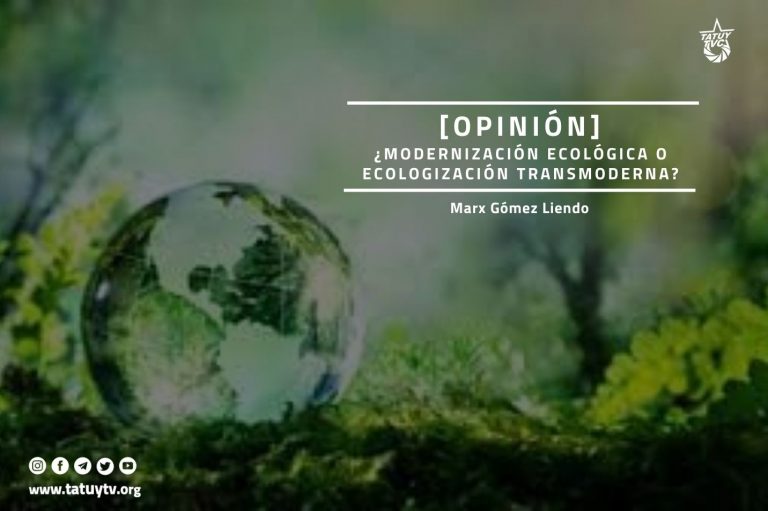 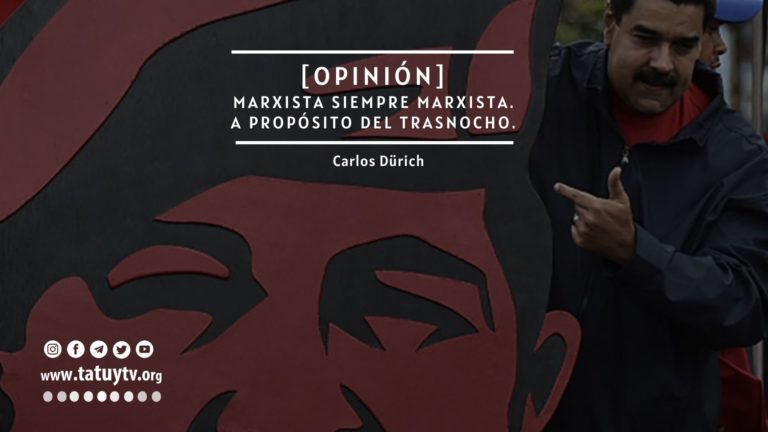 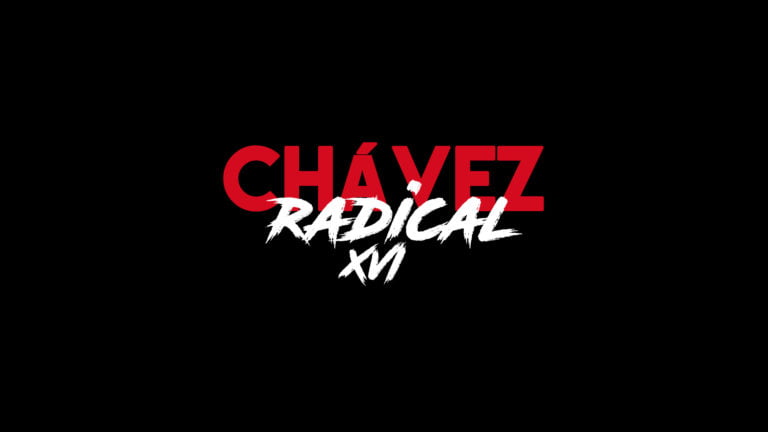 There’s a saying, «If it hadn’t been for reformism the revolution would have triumphed on a world scale.» Historically, revolutions have had to confront not only powerful imperial powers, endogenous oligarchies, and the stateless bourgeoisie but also the reformism which inevitably develops within them. It begins asymptomatically but quickly metastasizes throughout the architecture of the…